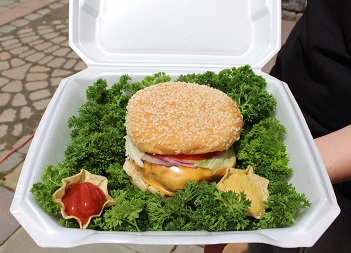 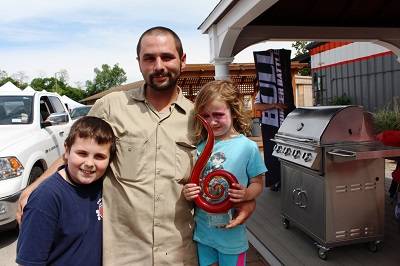 Saccente, a returning competitor who came in last place at the first annual Best in Backyards New York Bull Burger Battle, went with a simple burger this year. He called it “The All American Cheeseburger.” It incorporated ground beef (80/20), garlic, onion, salt, pepper, tomato, lettuce and American cheese on a seeded potato roll.

A father of two and an iron worker, Saccente was ecstatic to hear the news.

“I can’t believe I won,” he said, adding that he thought the burger would place somewhere “middle of the road.”

With the first-place title comes a Bull Lonestar Grill Cart, valued at $2,300, and a trip for two to Kissimmee, Florida to compete on Team Bull in the World Food Championships this November.

“The second annual New York Bull Burger Battle was a huge success,” said Rolf Zimmermann, Vice President of Sales for Eastern Jungle Gym. “We think it’s safe to say a great time was had by all.”

Here’s the full list of scores from the event: 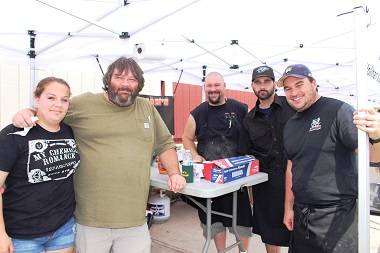 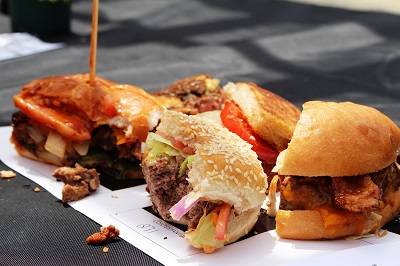 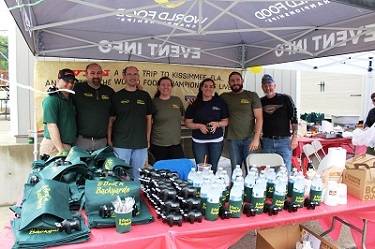