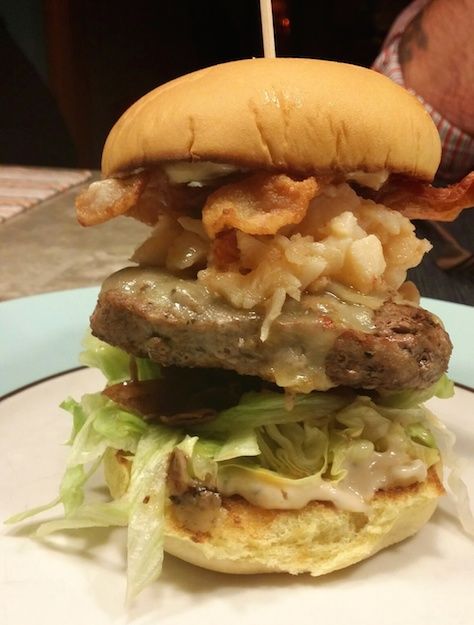 Kissimmee, FL — Two of the contestants that competed in the Best in Backyards Bull Burger Battle in June 2015 headed to sunny Florida earlier this month, firing up their grills for the World Food Championships (WFC).

Like he did at the Mahopac event, when he turned in a ground beef burger that incorporated salt, pepper, tomato, lettuce and American cheese on a seeded potato roll, Saccente focused on simplicity. He and teammate Chris Prichinello used traditional condiments and spices, but in the end, “the extravagant is what won out.”

“We went way too plain and simple … The Top 10 made some real tasty burgers” he said, adding that most of the burgers were traditional with some flair. “I had no idea the level of competitors that I was dealing with.”

Some of the teams included professional chefs, and there was a wide array of flavors among the Top 10, according to Saccente.

“When it comes to judges and food competitions, there’s a lot of personal preference involved,” said Saccente, a father of two from Shrub Oak, NY. “It even comes down to what part of the country you’re in, too. A lot of the big BBQ competitors have to completely change their flavor profiles depending on where the competition is.” 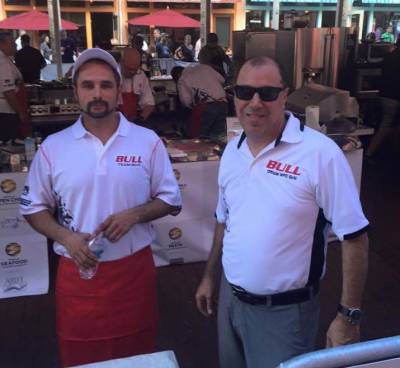 While he did not score as well as he had hoped, Saccente said that overall the experience was a positive one. From the lodging arrangements and the orientation to the support and encouragement for next year, Bull Outdoor Products was a fantastic and very hospitable sponsor, he said.

Now that Saccente knows what to expect out of the contest, he feels he will be better prepared to try for a second trip to the WFC.

Conti and his wife Kathy also look forward to competing again in 2016. Their road to the WFC was a bit different. After traveling from their home in Seymour, CT to the Bull Burger Battle in Chicago and coming in ninth place, the duo looked for an alternative way to get to the WFC.

They entered a write-in contest hosted by BUBBA Burger and learned that they had been chosen less than two weeks before the WFC were set to begin.

The Contis also stuck with the route they took in Mahopac. Their signature burger? One with lobster. At the WFC, their creation included Remoulade sauce, shredded Iceberg lettuce, bacon, pepper jack cheese and lobster meat, served on a Brioche roll.

They were hopeful that their burger would be one of the finalists, so the Contis planned accordingly.

“It was my wife’s birthday, so right after our turn-in we packed up and ran to the airport to catch our flight back so she could attend her surprise birthday party on Saturday,” Conti said. “If we made the top 10 we were going to fly back Sunday morning.” 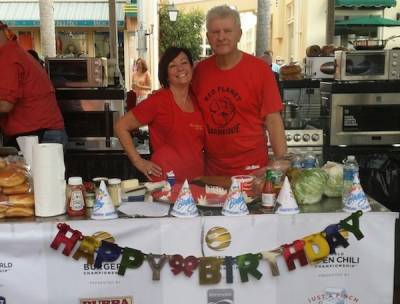 Even though that was not the case this time around, the Contis had a great trip and experience.

The staff at Best in Backyards was ecstatic to hear how much fun the competitors had at the WFC.

“We are so happy we were able to host another awesome Bull Burger Battle, and that two of our competitors made it to the championships,” said Rolf Zimmermann, Vice President of Sales for Best in Backyards. “We’re proud to partner with Bull for such an exciting event, and we can’t wait to see Joe and Dave again in 2016.”

Check in with Best in Backyards on Facebook in the coming months for information on when the World Food Championships will air on television.