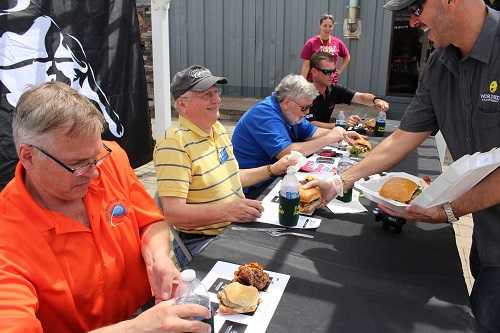 With the 2016 New York Bull Burger Battle just three months away, Best in Backyards is excited to announce that competitor applications are now being accepted.

Best in Backyards will host the event for the third consecutive year at its Mahopac, New York location on Saturday, June 18. Approximately 15 of the region’s most passionate and dedicated grill masters will go head-to-head as they prepare the burger that could win them a sponsored trip to the World Food Championships, as well as a new BBQ Steer Premium Grill Cart from Bull Outdoor Products. In total, the winning prize package is valued at $3,350. 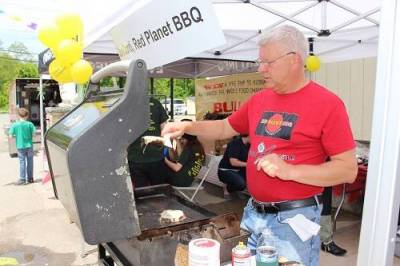 Both of New York’s former Burger Champions, Joe Saccente and Skip Day, will return for the 2016 competition. Many other familiar faces will be in attendance, too, in addition to some newcomers. Interested parties may submit an application here.

The search for a panel of top-notch judges is also in progress. These four individuals will be responsible for judging each burger on its taste and appearance, as well as the team’s execution. Previous submissions have included a lobster burger, a traditional all-American style burger, a patty melt on Rye, a veggie burger and lots in between.

In addition to the heated competition, fans and families will enjoy product demonstrations, live radio entertainment from 100.7 WHUD, and delicious food (we’re talking pizza made on the BBQ grill). There will be special day-of promotions, too. The kids will also have plenty to do, with a face-painter on site and tons of trampolines and swing sets to play on.

Check back with Best in Backyards for more updates as the event nears. In the meantime, here are some specifics to help you mark your calendar: 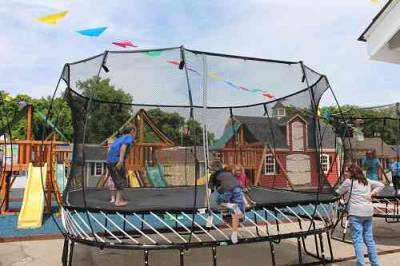